I think the best moment was the look in his eyes.

We were sitting in the living room, waiting for people to arrive to celebrate Ethan turning five, and there was no mistaking the anticipation as he peered out the window and bounced around on the couch.

When he turned one, Ethan seemed completely unaware what was happening at his birthday.

When he turned two, he didn't want to open presents.

Three was a little better, and four was the first time he seemed really excited to open gifts.

Five was the first birthday he was excited about people.

And so although many people couldn't come due to the holiday, and although Ethan doesn't yet ask for toys and has to be encouraged to play with his new presents rather than go back to his old computer standbys, and although the card that played the song was probably his favorite gift, and although I look at the little friends he was able to invite (at least one could come!) and wonder down the road as the boys grow and mature if the so-called "typical ones" will still want to be friends with my quirky little guy, if they'll still be there celebrating...

In that moment, we couldn't have asked for anything more.

On Wednesday, Ethan will officially turn five. While his five may look different than some boys his age, I hope and pray we will always keep our eyes on his path. I pray he will always feel loved and accepted by his family, and that he would know how proud we are -- not of how his milestones or interests stack up against others his age -- but of him. 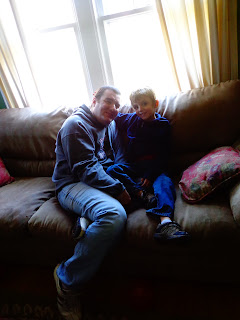 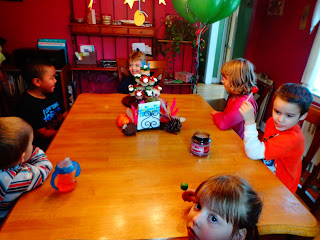 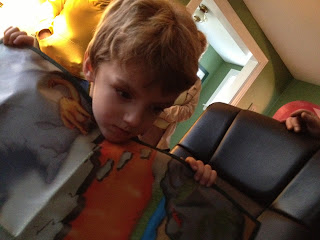 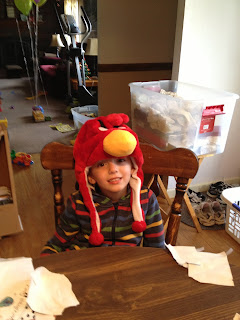